Robert Wyatt and Alfie Benge – Side By Side – New Book 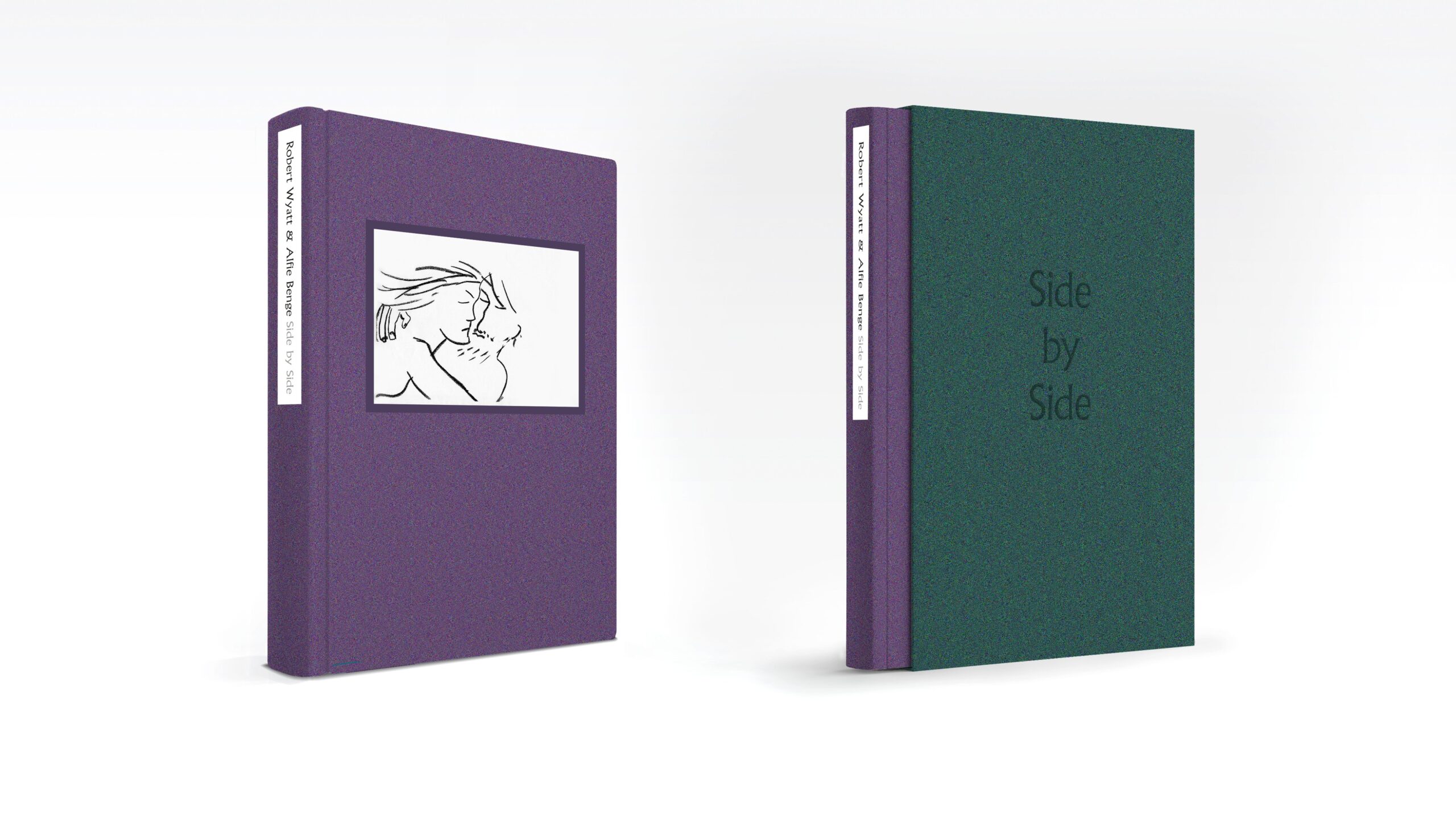 On September 17, Robert Wyatt will release a book with his wife, manager, and collaborator Alfie Benge. 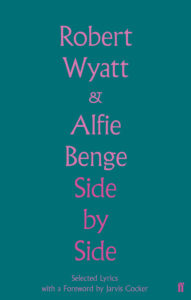 Selected and arranged by the authors themselves, and featuring an introduction by Jarvis Cocker, Side by Side presents the lyrics, poems, writings and drawings of innovative musician Robert Wyatt and his creative partner, English painter and songwriter Alfie Benge. As a founding member of influential English rock bands Soft Machine and Matching Mole, and with a solo career which has lasted for over forty years and seen him collaborate with a diverse range of artists including Bjork, Brian Eno, Carla Bley, Paul Weller and David Gilmour, his own music remains unclassifiably personal. Alfie Benge is a visual artist, songwriter and pioneering music manager, having managed Robert’s career for fifty years. She is also married to Robert. Since 1982 they have collaborated on many of Robert’s most well-known songs. This unique volume celebrates one of the most enduring creative partnerships of the last half-century.

“Whenever an aspiring musician asks me about songwriting I point them towards Robert and Alfie. Their work is so unusual, so perceptive, so playful and so grownup. I don’t think there’s anyone to compare. If you want songs that touch your mind as well as your heart, these are the best. Wide distribution of this book could improve the state of music dramatically.” – Brian Eno

‘Taken together Alfie & Robert’s lyrics combine to create a humanist world-view that is at once global & particular. Take it from me: that’s no mean feat.’ Jarvis Cocker

Book is available from Amazon and elsewhere online and in good bookstores, starting September 2020.
Rough Trade will be selling an exclusive signed and numbered slipcase edition.

Alongside its release, Domino Records will reprint Wyatt’s solo catalog on vinyl, including, for the first time on vinyl, the compilation His Greatest Misses.